The month of January comes with as many hardships as it does the excitement for a new start. This month is a time for celebration and self-discovery.

The garnet is the birthstone for January, as it represents creative light and inner healing. It helps alleviate many health issues and mental strife. It is a stone for the heart and blood, as it assists with proper circulation as much as it promotes a healthy love life and relationships because its color is red.

The garnet is a stone that helps balance your energy and chakras. To find out more about garnet, you must read this article.

What is the Significance of the Garnet Stone? 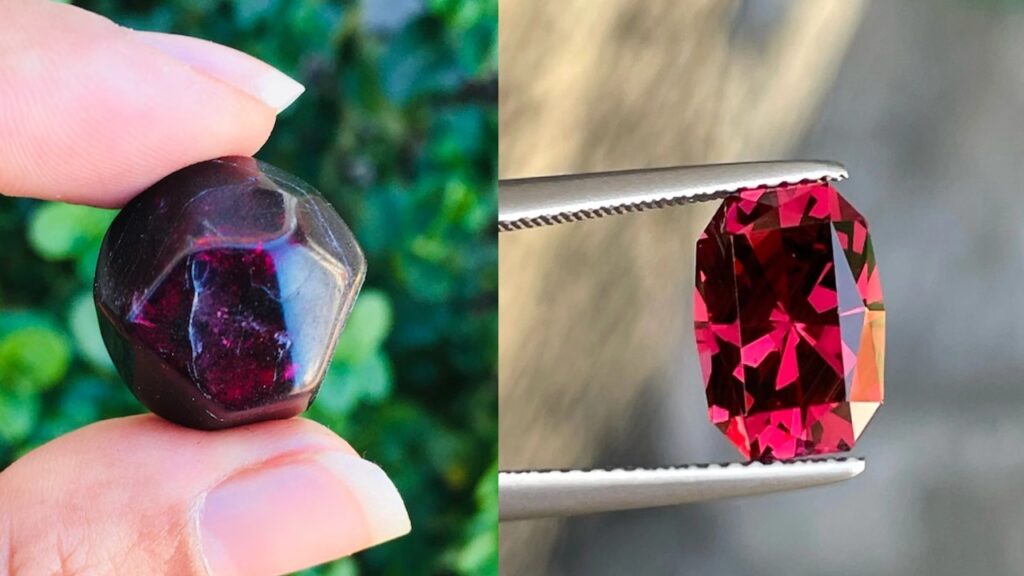 January is a month for new beginnings and ventures. It is a cold month, often full of inclement weather and difficulties. A garnet stone can help motivate you and awaken your energy to embark on your new adventures in life. Blockages in your chakras can leave you feeling passionless and uninspired. The garnet stone can bring you back to your natural state of joy, energy, and health.

The garnet stone is exceptional when it comes to clearing out negative energies and flushing toxins from your body and your life in general. Garnets work on the root chakra, which is the base chakra responsible for grounding you, and the sacral chakra, which lays the foundation of your creativity and sexual energy.

If you genuinely want to feel the light within yourself, spark up or get into a relationship, or find your inner balance, the garnet stone may be the answer to your prayers. It is a stone that will also bring you luck and good karma.

Why Are Red Garnets So Coveted?

Garnets are impeccable gemstones with very high vibrations. It is an excellent stone for opening your heart and manifesting abundance. The color of the garnet has a lot to do with its spiritual value. The gorgeous garnet is typically a red birthstone. However, it also comes in other colors:

Sometimes the color can be seen differently depending on what kind of light it is viewed in. Genuine red garnets tend to be the most beneficial for spiritual health. For centuries, the traditional color of garnet has been correlated with the heart and blood. It has been said to help ignite passions, find love and friendship, and improve circulation.

The garnet crystal was coveted among early medieval jewelers. They wore it in necklaces, bracelets, rings, earrings, and broaches. Red garnets are spiritually significant because it’s healing properties are directly associated with the heart chakra and love. It is no coincidence that the January birthstone also commemorates the second wedding anniversary. 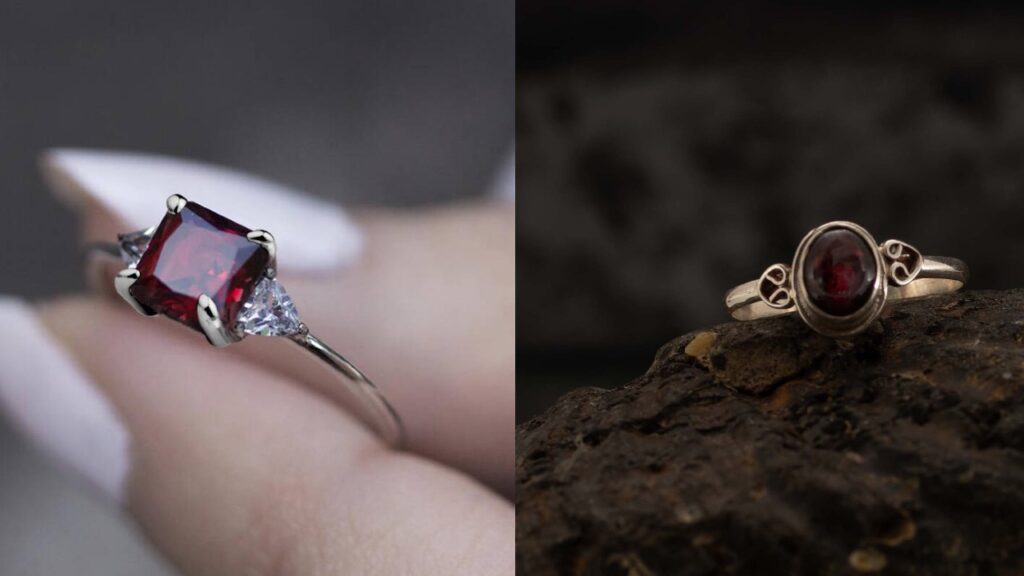 What Color Garnet is Most Valuable?

The most valuable and unique color of garnet is green. It is the most uncommon type of garnet. The green garnet helps you open your heart space and become closer to your loved ones. The orange garnet and purplish-red garnet are also relatively uncommon. Orange garnet is a powerful stone for abundance and prosperity. Orange garnet may be called Mandarin garnet or “Garnet of the Sun.”

What Are the Healing Properties of the Garnet Stone?

The garnet stone has many healing properties and will help you whether you are wearing it or meditating with it. It has the ability to help with many ailments and benefits the overall health of the wearer. Some of the healing properties of the garnet:

Ancient beliefs also indicate that garnet protects the wearer from poison. Garnet is said to be so powerful that it can cleanse the blood of negative energy. It can also help ease symptoms of depression and anxiety. It is very effective for healing illnesses or imbalances of the root chakra.

What Are the Astrological Benefits of Wearing Garnet?

The astrological benefits of the garnet stone are numerous. You will find from wearing the garnet that your mood will be uplifted and more positive. Some other benefits of garnet:

Garnet is also sad to protect against mental insanity and disorders of the mind. It can also remove problems with insecurity and other related issues. 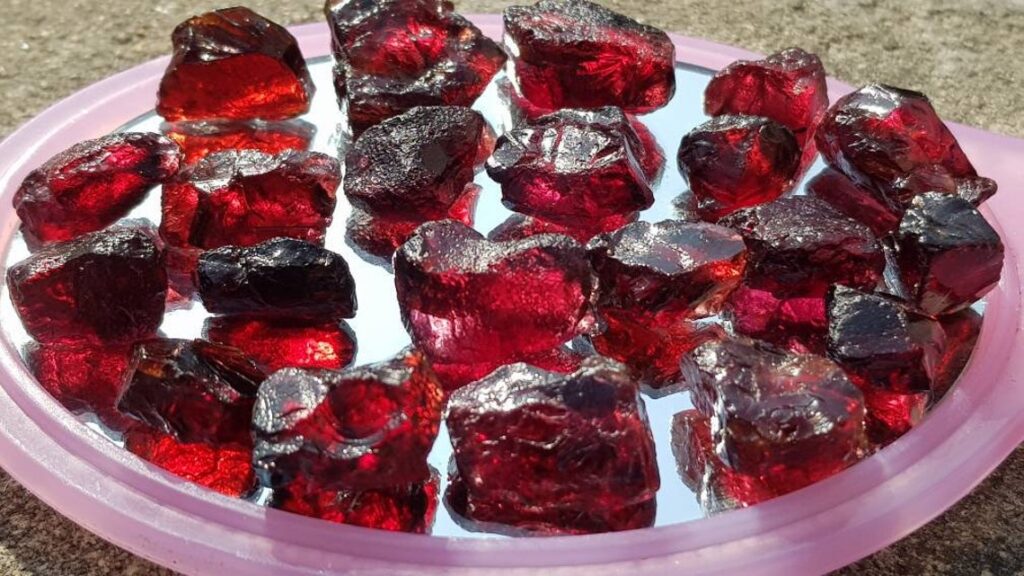 What Are the Astrological Signs of Garnet?

The official birthstone of the Capricorn is the garnet. The garnet relates to the Capricorn because this sign believes in working hard for the purpose of prosperity. Capricorns are half heads of goats and tails of fish. If you were born in January, chances are good that you can manage your emotional and practical sides.

Capricorns can be a bit overly ambitious, which some may mistake as cold, but that could not be further from the truth, as they are sensitive at heart. If you are a Capricorn, you can wear garnet to help balance these sides and try to work and play equally as hard. The garnet’s strong history with Hindu mysticism allows the wearer to enjoy and benefit from good karma and great spirituality.

Garnets help the Capricorn with a sense of security, allowing them room to grow emotionally. Red garnet is a very regal and impressive stone that ignites the Capricorn’s inner power. With fierce and noble inner light that cannot be extinguished, the Capricorn and the garnet were meant to be a match made in the heavens.

Lipstick styles and color choices have evolved over the years, from the bright red of 1940s pinup girls…

Read More
Mint is a vibrant, light shade of green. Its name derives from the green plant mint. As green…

Read More
Kids are some of the most creative and artistic people you will meet. One favorite pastime of kids…
There’s an old joke that when picking out colors for home décor, a woman may see differences between… 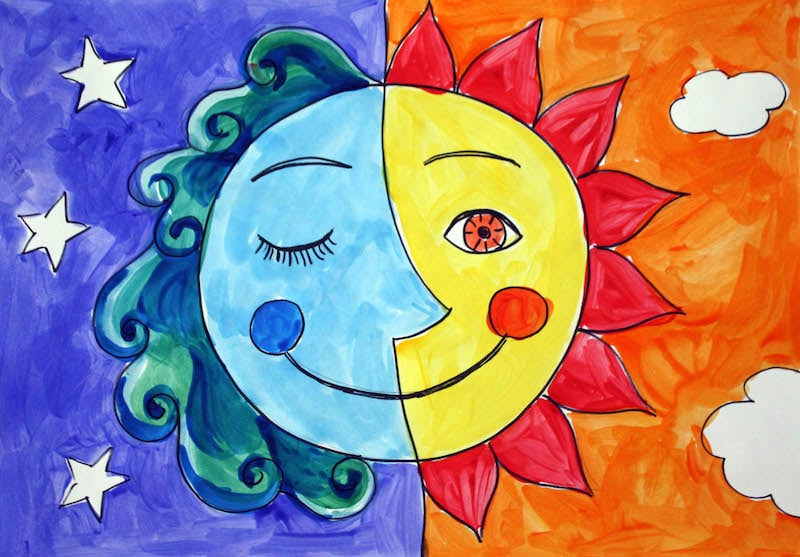 Read More
Since 1666 when Sir Isaac Newton developed the color wheel, this visual resource has been revisited, updated and…
More and more people are becoming online retailers in one way or another. From selling unused household items…