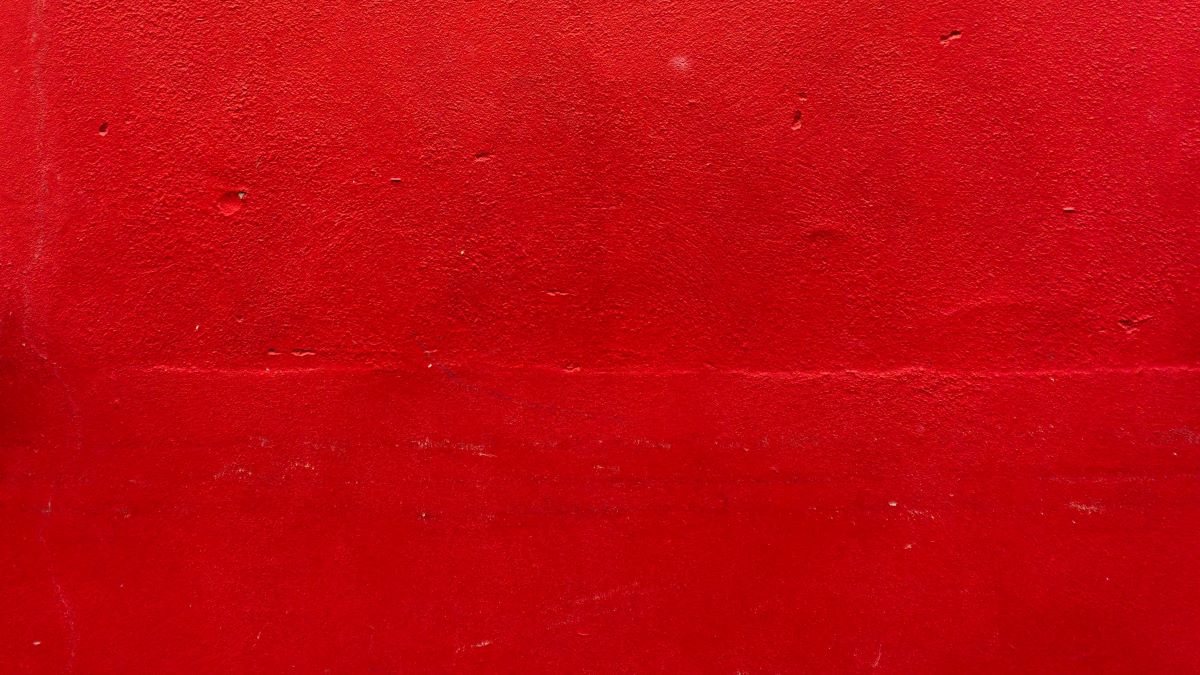 From the start of the rainbow to the ubiquitous advertising for Valentine’s Day, red remains one of the most evocative colors on the visible spectrum. As a primary color, red is a color entirely its own – that is to say, no other colors can come together to form a perfect red. In RGB, red is comprised of 100% red, 0% green, and 0% blue.

True to its nature as the most intense primary color, the origin of red’s name is something of a mystery. While the term first used to describe red was the Proto-Indo-European word reudh-, the truth is that the word “red” is something of a linguistic artifact. No one is certain how this word came to be; as such, red remains a link between us and ancient history. True enough, it seems that red has been a staple since the dawn of time. Ancient Egypt proclaimed red, a color of life and celebration (as well as, notably, destruction and evil), while the Byzantines wore it in their clothing as a status symbol. Regardless of time and place, one thing is clear: the meaning of red is highly intense – and highly polarized.

As such, it’s of little surprise that red has an abundance of meanings, some positive and some negative. When reflecting on why these feelings come up, consider their impact on the human body. Of all colors, red is the most physiologically evocative; it can enhance your metabolism, raise your blood pressure, and even make you breathe more quickly. Similarly, red attracts our attention with more force than any other color. Given that it’s usually the first color we notice, it’s no surprise that so many places all over the world use it in “stop” and “danger” signs.

Red is also used to express love, just think of Valentine’s Day and how often we see that color, but it can also relate to sexuality and lust, rather than just love which is expressed more with pink. 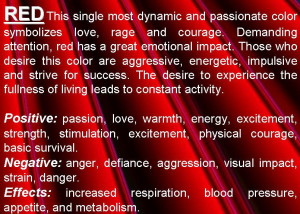 The psychology of color has found that we perceive colors differently as each has its own unique message. The color red is one of the basic colors, and it is one that immediately draws our attention. Here are some of the associations that red has.

It is the color associated with energy and aggression. Red has an effect on our physiological state since it increases heart rate and makes us breathe faster. Red is very noticeable, so overuse can be irritating or provoke aggression. A red accent on a neutral background can help draw attention to a single element.

It has been found that athletes wearing a red kit in combat sports had a bigger chance of winning than those who wore a blue kit. Red makes the person feel more aggressive and more powerful, boosting testosterone, but it also changes the perception others have.

Red is also the color linked to sexuality and desire. People wearing red are consistently rated as more attractive by others. For example, waitresses in red usually get higher tips than those wearing a different colored uniform.

Considering that it draws attention, it’s easy to see why it’s so often used in warning signs. Red has to do with the body’s fight-or-flight response, so too much red leaves the person feeling not just alert, but also stressed out.

Symbolically, red can be linked to life and passion, as well as to bonds of romantic and familiar love. It’s often used in romantic presents, like Valentine’s Day, and to express love, for example, by giving red roses.

Its variations include colors such as scarlet, crimson, and others. The connotations of each variation may vary. Darker colors, like maroon or burgundy, represent an action that is more restrained and sophisticated. Brighter shades, like scarlet, imply more energy and less dominance.

Positive and Negative Aspects of Red

In general, red has both positive and negative connotations. The positive aspects are that it represents love, activity, energy, attention, and power. The negative aspects refer to aggression, dominance that instills fear, danger, and stress. It’s a very basic and important color, but it’s one that needs to be used with moderation.

There are different shades of red that can all represent different feelings as well. Maroon has a darker blue tint mixed into the red and often denotes control and thoughtful action, where burgundy has a dark purple tint to the red and is known to be more sophisticated and serious, it is also the less energetic color out of all the reds. Crimson has a very little blue in it and indicated a determination to succeed but has a note to it that doesn’t upset people. Crimson can also emit sensuality. Scarlet has orange mixed into the red and gives richness and brightness. The color can promote enthusiasm and love of life. It is a fun-loving color and a little less intense than a true red.

Hello, this is Hailey!

I recently published an ebook about, you guessed it right, the psychology of colors. I believe the content of my ebook will evoke further interest in color psychology. This ebook will pay my website hosting and domain name costs.

Moreover, it costs less than a cup of Pumpkin Spice Late, $5 only. You can preview the ebook and get your PDF copy by clicking the button below. 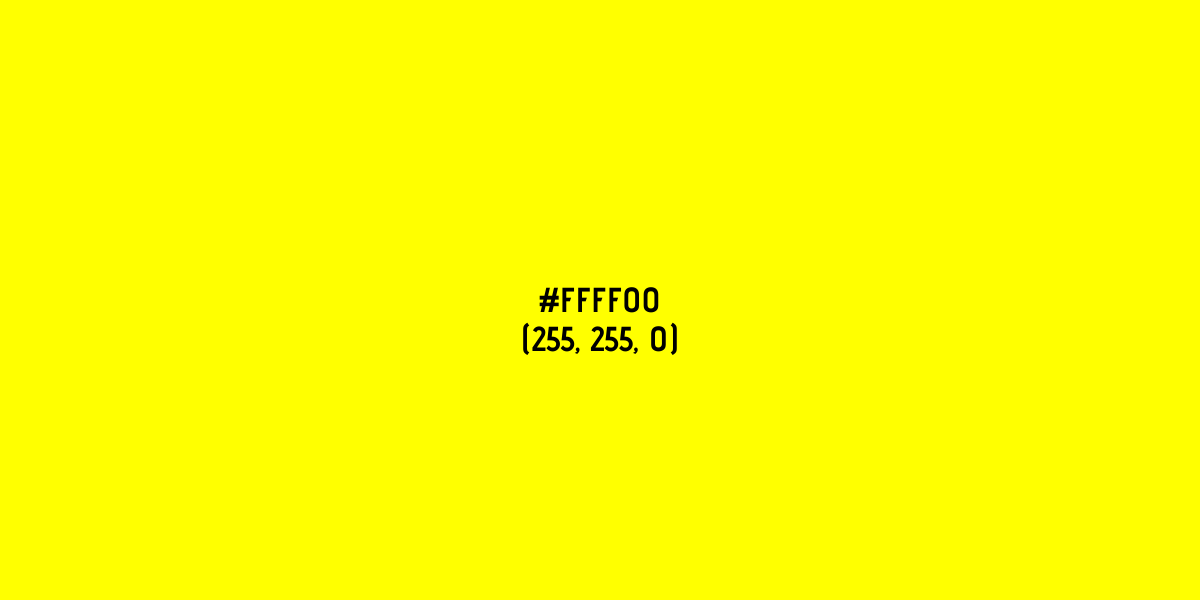 Read More
CColor
Yellow is the brightest color of the visible spectrum, and it is the most noticeable of all colors… 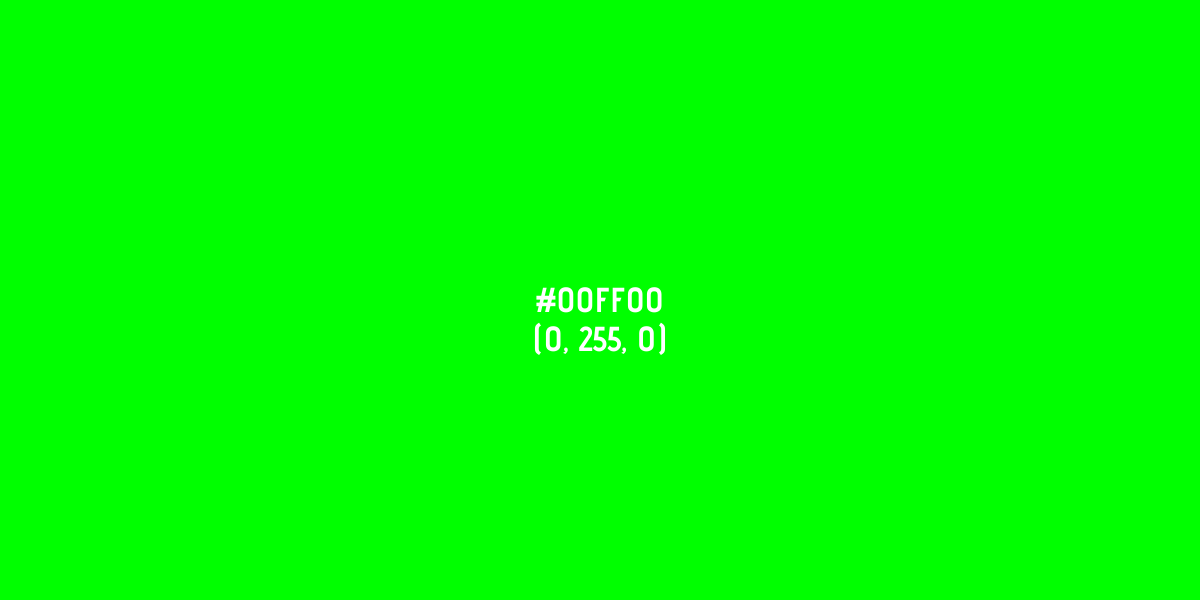 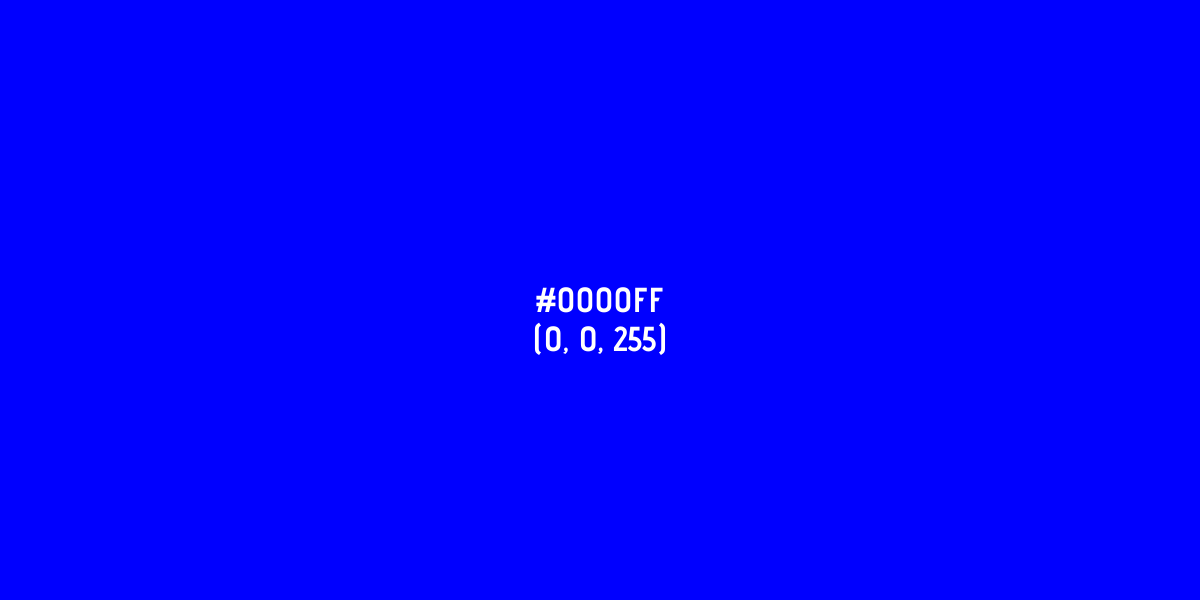 Read More
CColor
Around the world, when people are asked what their favorite color is, one answer tends to leap out…

Read More
CColor
We learn about the color blue by looking up at the sky above our heads, or out over…
👉 Get your copy of "The Psychology of Colors" eBook 🙏🏻